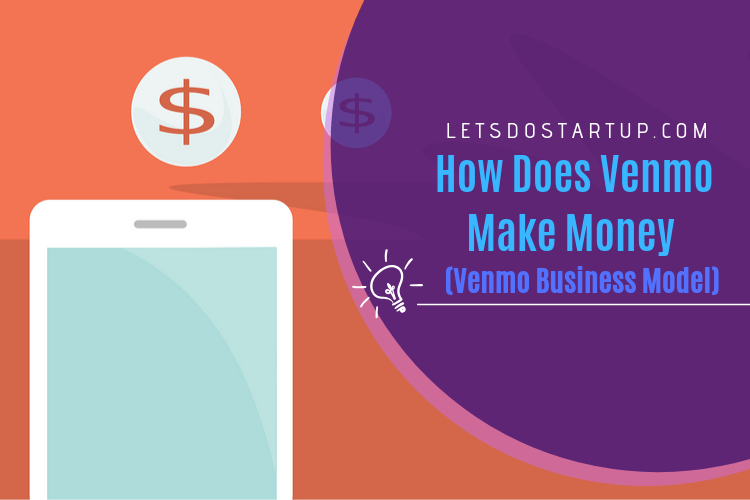 If you are in your twenties and you transfer money online, then there is a chance that you might be familiar with the name Venmo.

Right from the moment, Paypal had ultimate control over all the money transfers later in the year 2012 it was successful in raising a fund of USD 800 million. And ever since its development, it has been in trend and the first preference to the majority of the users worldwide, for sending payments and receiving money on their handheld devices.

As we have all noticed that the transaction fee has been minimum or almost zero majority of the times, but how does that make a profit window for Venmo. So as most of the payments app charge something for any kind of transaction, what makes Venmo do it for free. But often the question arises how does venmo make money?

By what means does Venmo have their income generated and by any means does being a free to use application make it safe to use?

First of all, let us understand Venmo completely and then understand how does venmo make money?

The venmo business model can be simply explained as a free application that lets its users send money through the application and also the app is presently owned by Paypal and links with all the other businesses and individuals’ credit cards and bank accounts so to send and accept funds requests for deposits and transfers. All of it is done through the internet medium and was at that time only available for all the users who were in the United States.

The conceptualization of the application

The idea of the application finally took shape in the year 2009. The idea was developed by 2 roommates namely Iqram Magdon-Ismail and Andrew Kortina. The concept of Text only transfers services for something used in day to day life i.e. money. Although the concept after being finalized in 2009 came into action 3 years later in 2012. Here the application was designed for iOS and Android platforms as the majority of the phones belong to this category.

The main concept behind Venmo was to let users connect their credit cards and bank accounts to mobile applications and the app could get the funds transferred directly on the handheld devices and works on a P2P framework.

So to send money with no cost, the majority of the users get the app linked to a bank account. Although there are charges for transferring the amounts to another bank. This is how venmo makes money.

Also, the third quarter reported for the application was approximately USD 17 billion in the total round of transactions done.

The money application game was completely revolutionized by the feature of sending money along with the texts and funny emojis that could be sent among the users.

So what more is added to the game? It is most likely to find itself in fierce competition against Facebook, Square and Apple-like all of these are currently looking forward to getting ahead in the game.

Is Venmo Social a kind of social media platform?

No, but most users do have a common conception that it is a kind of social media platform. As the money transfer service is usually centered on transactions and relaying of digital receipts, the users have used it for many other purposes.

Some celebs have reported so, along with which there are a huge number of users who still comment on the same thought. Although the social media part of the application tends to possess consumers, banks in the same way the payments app Zelle did which was introduced by the American Bank, Wells Fargo, and J.P Morgan. No still, people keep asking how venmo make money?

The ownership of the Venmo application was transferred to Braintree for approximately USD 795 million deal six years back in 2k13. And ever since the company was acquired by Paypal it has played a vital role in the company’s growth. The application is still available for free at the app store.

The functioning of Venmo

Irrespective of who is using the Venmo application a user may get their bank account linked to the app where he can check the balance, credit cards and debit cards all can be added to send and receive money from and to others. Also if an existing user shares a link from his end and outer connect and gets to use the application, he also is rewarded by some points and those points are transferred to the wallet. Later after reaching a certain threshold these points can be converted into cash and transferred directly to the bank account and be used for all kinds of purposes such as shopping, payments, etc.

Moreover, the users can also make a note of something important they want to keep track of, with this app, yes they can. Also the application implements an API that lety’s individuals and businesses to get connected to the numerous payment gateways.

So with it being such a popular payment application how does venmo make money?

What is the source of revenue for Venmo?

Despite the fact that Venmo is a free to be downloaded and used application it often makes a good amount through the various transaction charges. Just in case if you have linked your credit card, debit card or bank account and use Venmo, all the transactions are absolutely no cost ones. However if one is using venmo to make credit card payments, the company charges a fair amount of 3 percent of the entire amount being transacted at the moment.

So anyways Venmo creates a steady source of income from its customers as the app does not charge any kind of interest on all kinds of funds, thus helping venmo make money in a good amount.

This was the complete article on venmo business model in which we told you how does venmo make money?

If you have any questions related to how venmo makes money then you can mention them in the comments down below.